On December 2, Team Summit Colorado will host The 37th Annual Ski Ball at Beaver Run Resort in Breckenridge.  Presented by iFurnish, the evening begins at 6:00 pm and includes silent and live auctions, cocktails, dinner and dancing.  All proceeds will support need-based scholarships for skiers and snowboarders in our community.  The event is black tie optional and tickets/tables may be purchased at www.teamsummit.org.

Team Summit was formed in the early 1970’s as the Summit Skiing and Educational Foundation. Its purpose was to sponsor a team of young alpine skiers, age 14 and older, who wanted to pursue intensive training and achieve higher goals in alpine skiing than were available at that time through the Summit School system.

The four Summit County ski areas:  Arapahoe Basin, Breckenridge, Copper Mountain and Keystone were the initial backers of the team and continue to lend strong support, both financially and logistically today.

In 1990, the Board of Directors decided to expand the scope of activities of the Summit Skiing and Educational Foundation to include a broader age range for alpine skiers, the Summit High School Varsity Ski Team, and a competitive snowboard team. Team Summit was the original name given just to the snowboard training team.  In the late 1990’s, when the Copper Mountain Race Team and Summit Race Team combined, the Summit Skiing and Educational Foundation name was officially changed to Team Summit, becoming both the ski and snowboard training club.

Now, Team Summit Colorado aims to serve athletes long after their competitive careers have ended in skiing and snowboarding. Their goal is to elevate youth through winter sports.  Their mission is to be a youth development organization empowering athletes to realize and celebrate their personal podiums through athletics, education and life skills by participating in innovative programming at world class venues.  Their core values include excellence, respect, integrity, responsibility, fun and family.  And their vision is “whole athlete ● whole team ● whole community”. 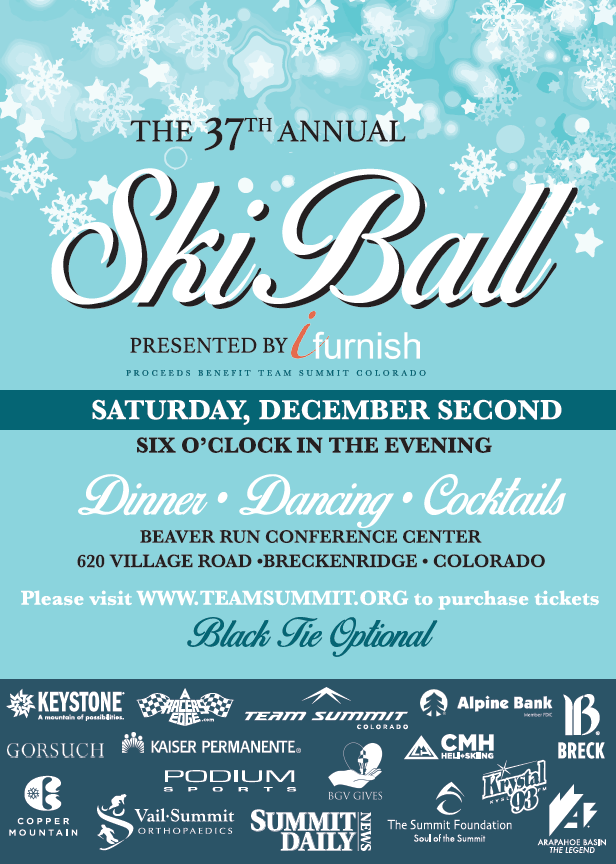